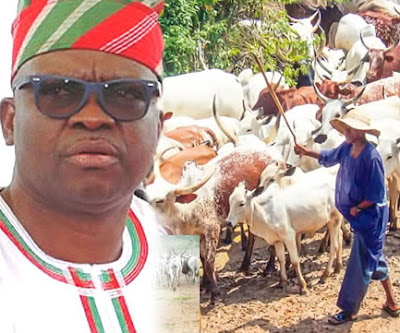 The association of Fulani Cattle Breeders under the umbrella of MACBAN has come after the Governor of Ekiti state, Ayodele Fayose for enforcing Ekiti Grazing Enforcement Marshals (EGEM), a vigilante group tasked with arresting cows found invading and damaging farmlands in Ekiti state.

The group said Fayose’s new law has caused the death of 5 cows owned by one of their members.

Here is a statement the group released yesterday: 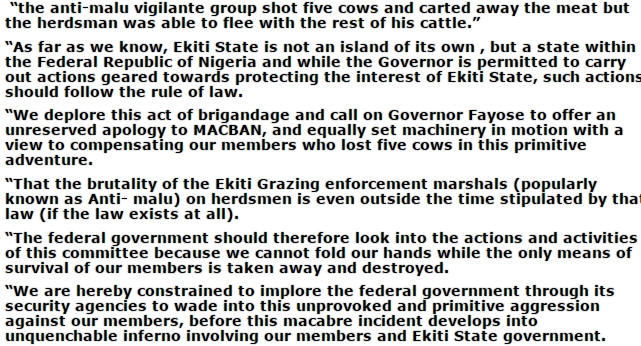