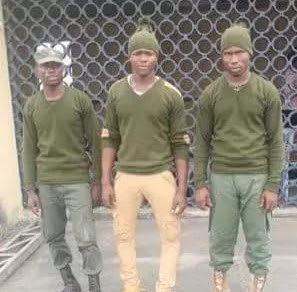 The suspects were nabbed in Mbaitoli are of Imo State on Monday following a tip off from the vigilant members of the public. 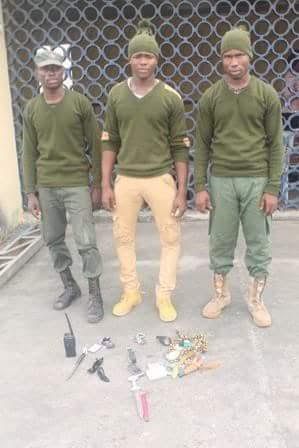 The 3 kidnappers identified as 27-year-old Moses Ezekiel, 23-year-old Odinakachi Uzowurua from Imo State and 27-year-old Uchenna Joseph from Ebonyi were dressed in a military uniform at the time of their arrest.

Police recovered 2 jack knives, a walkie talkie and 3 rings laced with charms from them.