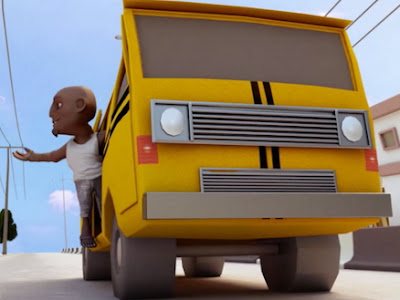 Oginsola who was paraded alongside other suspects arrested for various crimes, at the Edo Command headquarters of the police Monday, explained to journalists how he used an iron rod shaped like a small gun, to dispossess his passenger of her mobile phone and the sum of N18,500 cash.

He said he did that to raise money to discharge his sick child who was admitted and treated for spleen related problem at an unnamed government-owned hospital.

The suspect disclosed that his victim was one of the two market women who boarded his car at about 6:00 am at Oluku, a small town close to Benin, and were heading to Odighi village, along Benin-Akure Road, in Ovia North-East local government area of the state.

But instead of taking his passenger to Odighi village, the suspect said he stopped at Ugbogiobo village, where he pointed his self-made gun at his victim and dispossessed her of her handbag where the money and phone were kept.

Items recovered from him included a gun-shaped iron, the woman’s bag where the money was allegedly kept and a phone.