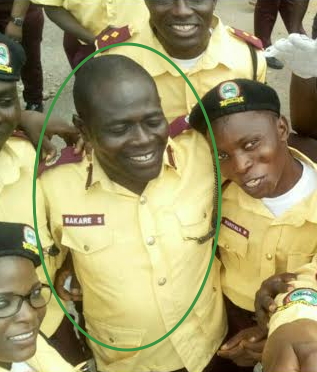 Mr Bakare, the Zonal of Head of LASTMA (Lagos Traffic Management Authority) was yesterday lynched by some frustrated Okada riders and area boys in Apapa area of Lagos.

The deceased was beaten to death at Point Road in Apapa while preventing some Okada riders from plying 475 major roads in the state in a bit to enforce the current ban.

The irate Okada riders reportedly attacked him and beat him to death with all sorts of dangerous weapons.

4 Okada riders have been arrested in connection with his murder.

The Difference Between Rich Nigerian Politicians & Poor Inmates Behind Bars
My Nigerian Husband Married Me To Get Green Card, US Woman Threatens To Report Ex To Donald Trump