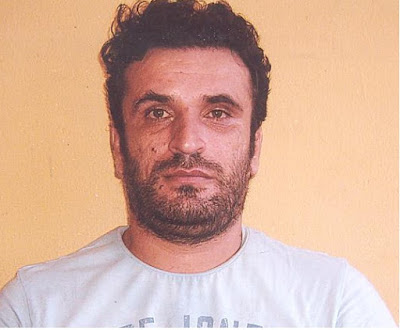 38-year-old Khodor Jichi, a Lebanese man has been nabbed by operatives of the Interpol section of the Nigerian Police, Alagbon close, Ikoyi, Lagos for allegedly obtaining 30,000 Euro, equivalent to N13,800,000 under false pretence from Alhaji Abdul Kareem Musa.

After investigations by Inspector Raphael Ajuro and his team, Jichi, a resident of Apapa, Lagos was arraigned before an Igbosere Magistrates’ Court, Lagos on a two-count charge of felony to wit: stealing.

Police prosecutor, ASP Henry Obiazi, informed the court in charge No.6/65/2016 that the accused and others still at large committed the alleged offence in August, 2016 at Agege, Lagos.
Obiazi told the court that the accused tricked and collected 30,000 euros from the complainant, Alhaji Abdul

Kareem Musa, by pretending to assist him to send the money to his business partner abroad, but instead converted the money to his personal use.
He said the accused was eventually arrested at a hideout following intelligence gathering.
Obiazi said the offences the accused committed are punishable under sections 312(3) and 285(9) of the Criminal Laws of Lagos State, 2011.

The accused pleaded not guilty to the police allegations in the open court and Chief Magistrate A. O. Komolafe admitted him on bail in the sum of N5m with two sureties in like sum.

Komolafe directed that the defendant must deposit his international passport with the court and adjourned the case till 22 November, 2016 for mention.

The defendant was taken to Ikoyi prison, Lagos pending when he will be able to fulfill his bail conditions.

Tragedy: 3 Die Inside Borehole At Federal Housing Estate Onitsha Anambra State
Over 3000 African Migrants Have Drowned In The Mediterranean Sea This Year