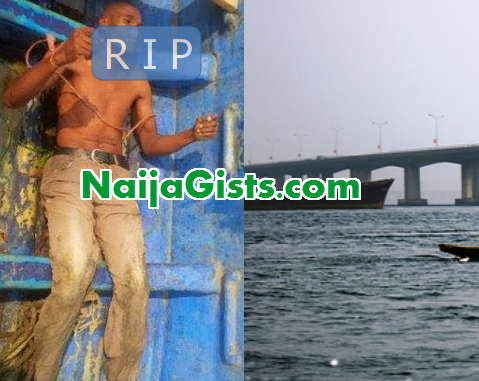 Yesterday a mentally unstable man identified as Ezebu Joseph took his own life after he escaped from a healing center located on Lagos-Ibadan expressway.

According to eyewitnesses, the deceased was in a passenger bus heading towards Obalende on the Island when he suddenly told the driver to stop.

He reportedly forced the door open, jumped out and plunged into the Lagoon at Iyana Oworo on the Mainland bridge before anyone could confront him.

According to family sources, the deceased who hailed from Imo State had been taken to a church on the aforementioned expressway for prayers before he escaped.

The relatives said they did not know how he left the place and joined a public transport. The police have recovered his corpse and deposited it in a morgue in the area.

Motorists are now calling on Lagos State Government to put a big barrier on the bridge as it has now become a popular suicide spot.