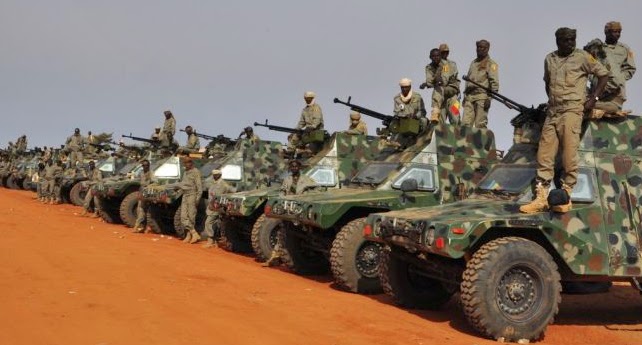 The reported capture of the town, which lies near the borders of Chad and Niger, follows two days of fighting.

Both ground and air forces were reported to have been used in the assault, a senior official from Niger has told the BBC.

Niger officials said Chadian ground forces moved into the town after crossing Lake Chad. It is not known if the operation was approved by Nigeria.

Chad has already sent troops to Cameroon to help it counter Boko Haram incursions and last week Nigeria said the Chadian army would be fighting on its territory.

However, it was not immediately clear if the authorities in Abuja had prior knowledge of, or any role in, the operation in Malumfatori. People who fled the area told the BBC they had seen military planes bombing the town, which is on the shores of Lake Chad. Some of those who left the town during the fighting were reported to have crossed into Niger.

Meanwhile, reports from the area said fighting has now spread to a nearby town, Abadam. At press time, Nigerian officials had made little public comment.

They said they were investigating the reports of fighting in the north-east.

African Union heads of state will discuss the crisis over Boko Haram at their summit beginning today.

Ghanaian President John Mahama has said the leaders must produce a “specific plan of action” to “deal permanently” with Boko Haram.