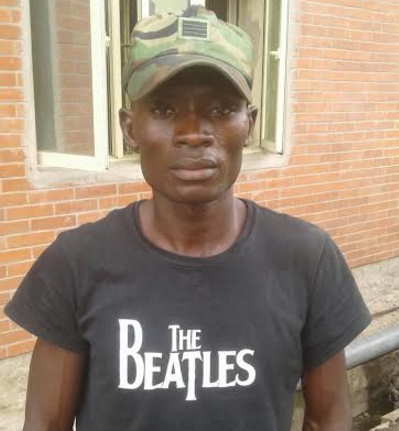 A young man has been arrested in Lekki area of Lagos for allegedly using an army cap to intimidate the public.

The suspect, 27-year-old Usman Yaya was arrested after he obstructed an enforcement unit from performing their legitimate duties around Lekki area of Lagos.

The enforcement team caught him while demolishing shanties occupied by miscreants and hoodlums around White Sand School, Lekki, Lagos.

The suspect who initially claimed to be a Staff Sergeant in the Nigerian Army changed the story after Fatai Owoseni ordered him to be charged to court immediately. 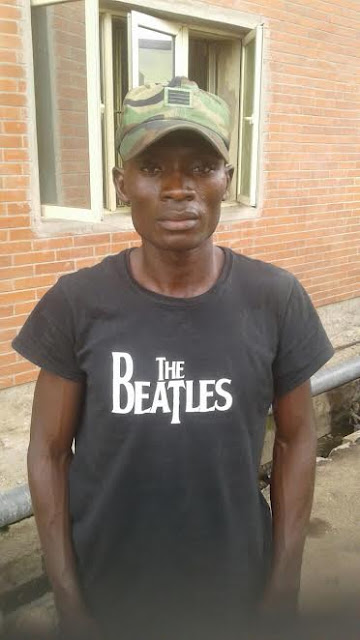 Yaya who hails from Hong LGA of Adamawa state confessed that he stole the Army Cap from his brother in Abacha Barrack Abuja. He promised to return the cap immediately and stop illegal dealings with the public.