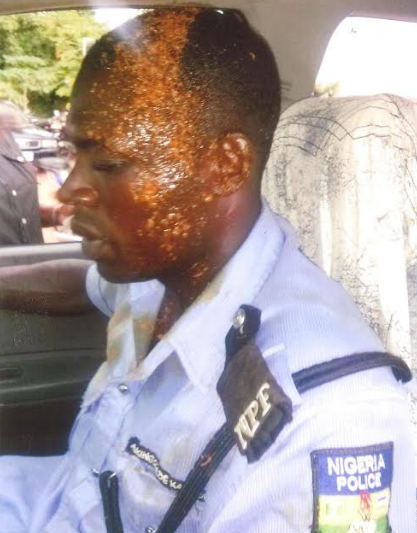 A 33-year-old Ado Ekiti resident has been arrested for allegedly attacking a police officer on duty.

The suspect, Emmanuel Imole was trying to resist arrest around 5pm at Ilawe Road in Ado Ekiti on June 11 when he allegedly threw a pot of hot soup on Sgt Bankole Olasunkanmi (pictured above).

Olasunkansi said the suspect attempted to collect his rifle but his colleagues overpowered him.

An Ado Ekiti Magistrate’s Court today remanded the accused in prison custody pending the time his lawyer will file his bail application.

The case is to come up for further hearing on July 7.