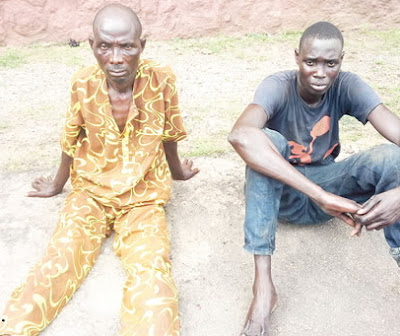 The man pictured above was arrested over the weekend for allegedly using his stepdaughter, 16-year-old Oshimodi Amudat for money ritual.

The suspect, Odubela Korede who claimed that the mother of the deceased released her as a sacrifice allegedly connived with one Lekan Lawal to carry out the barbaric act.

He accused the 16-year-old girl of always stealing her mother’s money.

Here is what the suspect told police:

The wife of the suspect denied ever asking her hubby to kill her eldest daughter.

The headless corpse of the deceased had been taken to Ijebu Ode General Hospital mortuary.

Continue Reading
You may also like...
Related Topics:man, ritual, Stepdaughter