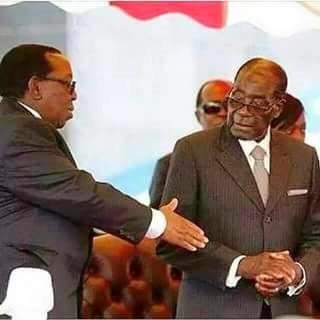 Though this photo was taken a while back, it depicts the kind of relationship between Robert Mugabe and the controversial Zulu King who allegedly encouraged Zulu people to attack foreigners in South Africa recently.

Continue Reading
You may also like...
Related Topics:King, mugabe, zulu