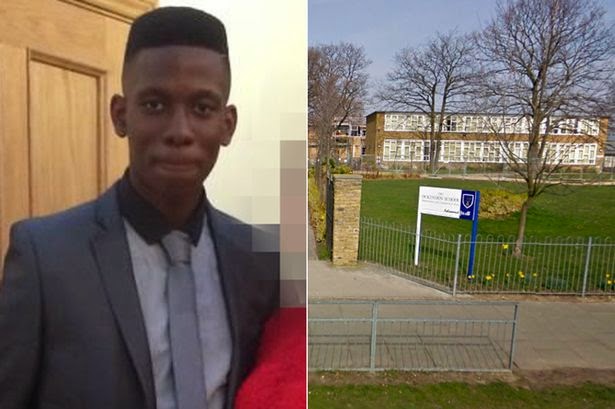 A young man has killed himself few hours after collecting his GSCE examination result.

The student identified as 16-year-old Temidayo Joseph reportedly took his own life because he was afraid of bad judgement from his Nigerian parents.

Though police are yet to confirm the official cause of Temidayo’s death, his friend said he was heartbroken after collecting his exam results from Ockendon Academy near Thurrock in Essex on Thursday.

He reportedly left the school immediately without speaking a word before his lifeless body was found at home in his mother’s room.

His school has released a statement about his death;

“It is with great sadness we have to tell you of the death of one of our students, 16-year-old Temidayo Joseph.We wish to extend our deepest sympathy for Dayo’s family, friends and the whole school community at this difficult time.To help people come to terms with this tragic event, the academy will offer its fullest support and counselling.Of course our thoughts and prayers are with the family at this time.The Academy will be open on Saturday 23rd August from 9am to 11am for those members of our community who wish to pay their respects to Dayo Joseph.”

Very sad! May his soul rest in perfect peace (amen).