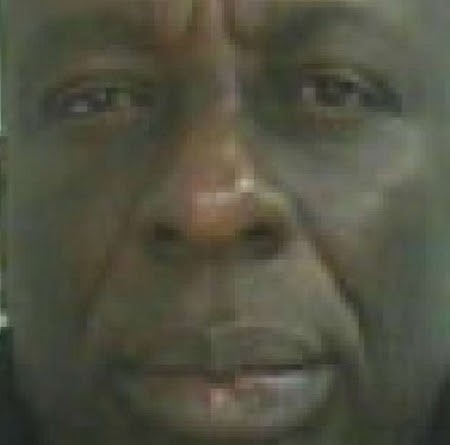 A United Kingdom (UK) court has jailed a a 58-year-old Nigerian Catholic priest ,Rev. Fr Hillary Nwadei, for eight months for sexually assaulting a female worker at the parish. The priest who went on the run after sexually assaulting the woman is from the Diocese of Issele-Uku, Delta State, Nigeria.

He reportedly began staying at the St Mary’s Priory in Leyland, September 2013 while he studied a doctorate in law at the University of Central Lancashire, and also preached to the congregation. During that time he complained of loneliness and befriended his victim who he regularly confided in and often hugged during these exchanges.

On December 12, 2013, he asked the woman to help him pack for a return trip to Nigeria. She agreed and went to his bedroom. David Traynor, prosecuting, said: “The defendant leaned against the door of the room, causing it to shut. He was between her and her way out of the room.

“He asked her for a kiss and she presented him with her cheek, but the defendant said ‘No, a proper kiss’, then kissed her on the lips. The victim said she wanted to leave and tried to leave, then the defendant asked if she had any sexual feelings towards him.

When she said no the defendant reached up the back of her jumper and undid her bra.

“Then he moved his hands round the front, underneath her jumper and placed his hands under her bra, onto her naked breasts. He fondled her breasts for a matter of seconds. The woman made her excuses to leave, but he was still between her and the door, so she couldn’t leave at that point.”

The court heard he then undid his trousers, exposed himself and made a lewd comment. The woman said she had to leave and Nwadei moved out of the way to let her pass.

Mr Traynor also told the court Nwadei had told the woman “it was meant to be just you and me” and told her not to say anything. The assault followed two incidents in previous days, where Nwadei had told the woman he loved her, “twanged” her bra and slipped £100 in her pocket for new underwear. The woman told a friend and the matter was raised with the church, who launched an investigation, then told the police.

Nwadei returned to Nigeria before moving to London, returning briefly to Leyland to apologise for his actions. But knowing that he was wanted for questioning, he left the UK again, following the death of his father and did not return until he was arrested at Heathrow Airport while on a transit flight to the USA in December 2014 – 12 months after the offence.

Claire Jones, defending, said: “He yearns to return to his country and has learned a salutary lesson. He can no longer carry on in this vein. He has been asked to leave the church and also it has shaken his faith going through this experience.”

She insisted there was no evidence to suggest he tried to stop the victim from leaving the bedroom during the time of the assault.

Judge Michael Byrne read out excerpts from the victim’s impact statement, where she told of feeling intimidated and scared to bump into Nwadei.

Sentencing, he said: “I make it unequivocally plain that all incidents of sexual assault always regarded as serious.”

He said although the crime was at the lower end of the scale, it has two aggravating features – it was a breach of trust for a minister of religion, and that the invitation to his bedroom was for the purpose of a sexual encounter.

Reflecting his guilty plea, Judge Byrne jailed him for eight months with a £100 statutory charge. Nwadei will be put on the sex offenders’ register for 10 years, and will be deported from the UK immediately after his jail term expires. DS Carl Matthews “This was a despicable crime committed by Nwadei who then tried to flee from facing the consequences of his actions. I hope that today’s sentence brings some closure to his victim who has been supported by specially trained officers throughout the process.”

A spokesman for the Catholic Archdiocese of Liverpool said: “Father Ogom came to England to undertake further studies in Law at the University of Central Lancashire having received an appropriate Testimonial of Suitability for Ordained Ministry from the Bishop of Issele-Uku.

“During his stay in this country he resided in the Archdiocese of Liverpool at St Mary’s, Leyland. The case came to light when the victim reported the matter to the Safeguarding Department of the Archdiocese. It was immediately referred to Lancashire Police.”