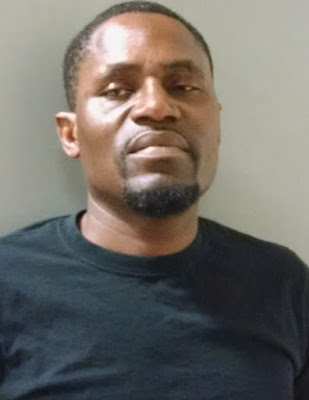 A Nigerian correctional officer was arrested few days ago in Montgomery county, Maryland for allegedly making sexual advances to a female inmate inside her cell.

The suspect, 40-year-old Omotunde Rauf Sanusi was arrested on Tuesday the 12th of April 2016 at a Montgomery County Correctional facility after the inmate reported him to the authority.

Sanusi allegedly fondled the unidentified 23-year-old inmate inside her cell on the 28th of September 2015 around 1pm.

The inmate said she stood up from her bed when Sanusi opened her cell door. At a point Sanusi complimented her body, kissed and fondled her.

The Beltsville-based correctional officer will return to court on the 6th of May 2016.