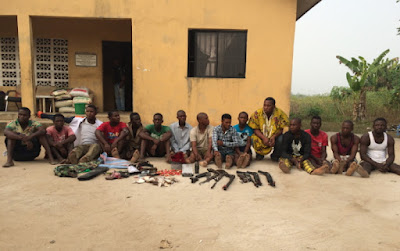 At least 10 serving corps members were attacked with machetes and axes while they were sleeping in Ohukwu LGA of Ebonyi State last week.

The attack carried out on the 22nd of April sent 10 corpers to the hospital.

Ebonyi State Police Public Relations Officer, ASP George Okafor who confirmed the incident today said 20 cultists and a council chairman have been arrested in connection with the attack.