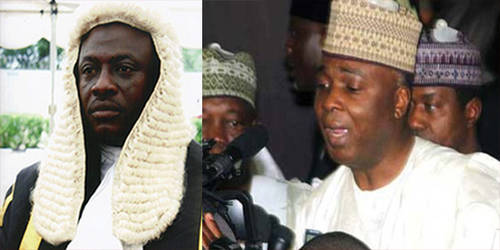 A Federal High Court judge who was recently accused of accepting bribe from Senate President Saraki in a bid to stop his corruption trial has stepped down from the case.

Justice Ahmed Mohammed of the Federal High Court excused himself from the case on Wednesday, and transferred the matter to the Chief Justice of Nigeria, Mahmud Mohammed, for reassigning, the News Agency of Nigeria reported. He said he took the decision due to “negative reports”.

Justice Ahmed reportedly quit the case in order to get the bribery scandal off his neck.

[Reported By News Agency of Nigeria]