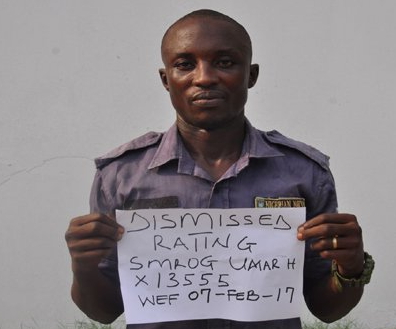 The Naval rating caught selling Marijuana on the Navy ship NNS Beecroft last year June has been dismissed from the Armed Forces of the Federal Republic of Nigeria.

Seaman Haruna Umar was dismissed after a court martial found him guilty of possessing 14.55kg of Marijuana.

He has been handed over to the NDLEA for appropriate action.