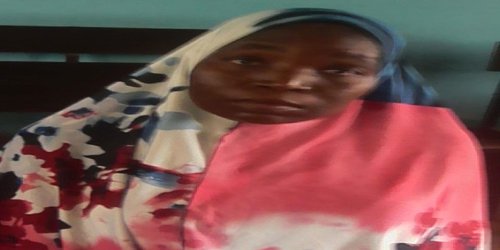 Hafsa Asirinka Ibrahim was on Thursday arraigned before an Ebute Meta Chief Magistrates’ Court for allegedly drugging a baby, Hassana Jemilo, to death.

The 40-year-old is now facing a 2-count charge of murder and conspiracy.

Chief Magistrate Helen Omisore ordered her remanded at Ikoyi Prisons when she pleaded not guilty.

The accused who specialises in hiring babies from their mothers for alms begging committed the offence on Tuesday the 25th of November 2016 around 9:46pm at Balogun Market.

She reportedly gave a sleeping drug to 9-month-old Hassana Jemilo but didn’t know she had administered an overdose.

Sadly, the baby didn’t wake up as a result of the overdose.

Her case has been adjourned till May 16 for further hearing.