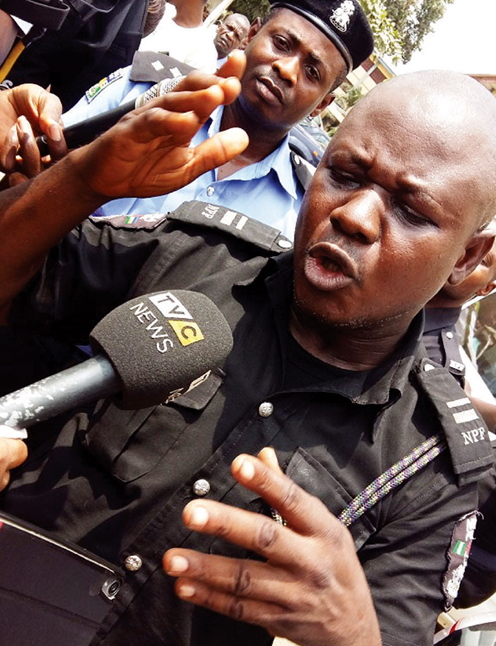 A police inspector has been arrested for promoting colleagues using forged promotion signals.

The suspect identified as Felix Igba reportedly collected N30,000 from each police officer he promoted.

It was gathered that the signal which purportedly emanated from the Force Welfare Department, was signed by an Assistant Commissioner of Police (ACP) with the State Criminal Investigation and Intelligence Department (SCIID).

Disturbed by the wide circulation of the forged promotion signals, ACP Omolara Oloruntola, it was learnt, complained last October 28, provoking investigation by the police command.

After his arrest, Felix Igba said the money collected from each officer was paid to one Supol Africa, allegedly serving at the Force Headquarters Annex.

The spy policeman couldn’t explain how he obtained his rank and badge.