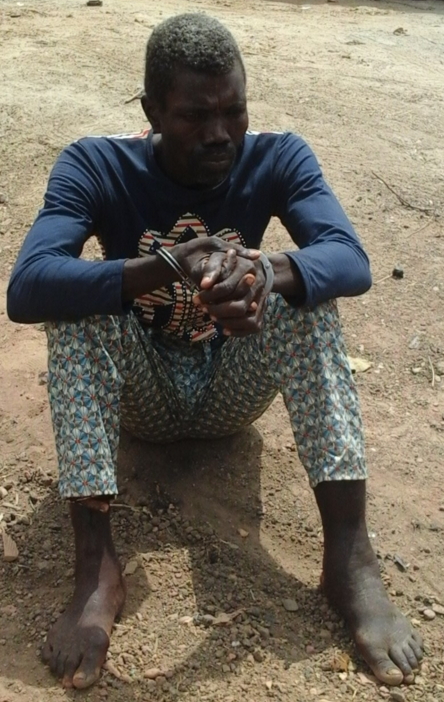 Edet Umoren, a teacher who beheaded an innocent girl in Ijebu area of Ogun State last week has confessed to the murder.

The father of three said he beheaded his employer, Pastor Joseph Olitoye’s grand daughter at Favour Nursery and Primary School in Ijebu Imushin last week Thursday because a demon entered him.

” It is not an ordinary that I killed the girl afterall, they(she and her grandfather) have been provoking and attacking me verbally without me doing anything bad and never felt annoyed.
“I was actually going to the bush to fetch a cane for use in my class when I saw and I used the cutlass on her. I was not myself whwn I took the cutlass and killed her. I believe it is a spiritual attack from my family. “I really regret the whole thing because I have my three children in my village, that is why I said it is not an ordinary when I came to back to my senses after the deed has been done,”.

52-year-old Umoren who hailed from Ikot Epene area of Akwa Ibom State said he wasn’t himself when he beheaded 10-year-old Precious Olitoye last week at Esugbo in Itamerin.

RIP to that innocent girl.