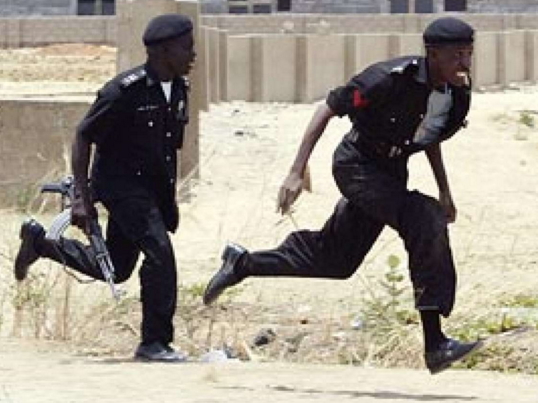 The Ikoyi Division of the Nigerian Police, Lagos has arrested a 32-year-old taxi driver for allegedly kidnapping a police man.

Chidi Nwanu Igwe from Ezza South Local Government Area of Ebonyi State, came to Lagos in 2005 and worked as a labourer but now drives a Daewoo Saloon Car with Reg. No.: EKY 282 BK as a private taxi or Kabu kabu.

On March 4 at about 10am, Igwe was stopped along Falomo Road in Ikoyi, by a police Sergeant Mr. Babashola Afolayan for allegedly picking a passenger illegally.

Afolayan identified himself, boarded the vehicle and ordered Igwe to drive to the station but the driver allegedly refused and sped off towards Waterside in Ikoyi.

He drove all around Ikoyi and eventually stopped near Alagbon Close where he removed the car’s battery and key and went away.

Igwe was later arrested and arraigned Monday before Mrs. A. G. Omoyele at a Lagos State Magistrates’ Court in Igbosere.

He is standing trial on a four-count charge bordering on unlawful capture and detention, driving without a driver’s licence, causing obstruction on the highway and reckless driving.

Igwe denied the charges and his lawyer, Daniel Abbey, asked for his bail on liberal terms.
Magistrate Omoyele granted him bail in the sum of N20,000 with one surety in the like sum and adjourned till April 5 for mention.