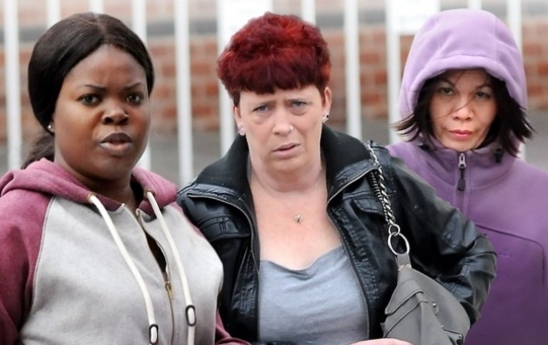 3 healthcare workers have each been jailed for 4 months for assaulting an elderly woman in a residential home.

The workers were charged after a BBC Panorama investigation into the Old Deanery care home near Braintree, Essex.

The television programme, broadcast in April 2014, showed an elderly woman with dementia being slapped and goaded.

Essex Police started the investigation after detectives saw the programme.

The victim was Joan Maddison, 84, who had dementia, cancer, diabetes and was partially paralysed.
Her daughter, Gillian Lee, said: “The anguish and pain inflicted on my mum, our family and all those other dear people is incalculable.

“To anyone working in the system or in the industry, the clue is in the title ‘care’. If you can’t or don’t – get out.

“I personally cannot thank the Panorama team and the police enough for what they have done to stop these people from ever working in
care again.”

Det Ch Insp Stephen Jennings said: “I am pleased that the residents and their families have now had some recompense for the sickening actions of these three women.
“Their families placed their elderly relatives in care thinking that they would be well looked after and these three clearly breached their trust and acted despicably.”

In April 2014 the Old Deanery’s owner Anglia Retirement Homes said managers were “shocked and saddened by allegations made by the
BBC’s Panorama programme of inappropriate behaviour by some members of staff”.