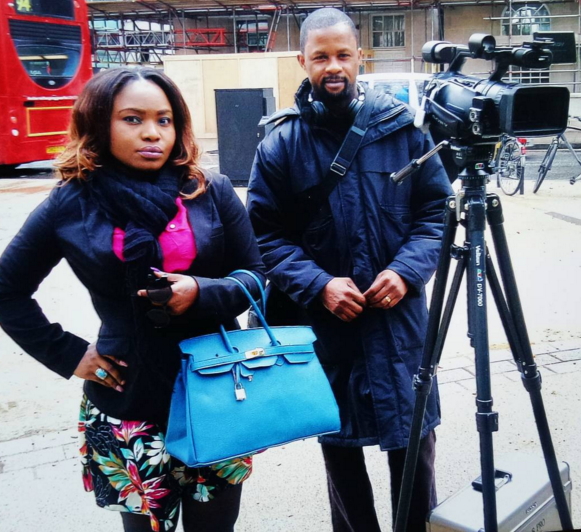 Controversial Nollywood actress, Halima Abubakar who started acting in 2001, is currently in the United Kingdom shooting another movie. This is coming on the heels of her successful debut production, Mistresses.

The CEO of a Modehouse Entertainment, a music label and Entertainment Management Company took to her Instagram page to share the good news; “If anyone told me I would film my own movie in the UK, I would never have believe that. God is good. TBT Oxford Street United Kingdom.”

The Sociology graduate of Bayero University, Kano made her Nollywood debut in the movie, The Rejected.

She is yet to give the full details of the movie and faces that will be appearing in the movie. Halima also runs a charity organisation, ‘Halima Abubakar Foundation for the Poor’, which focuses on people without food.