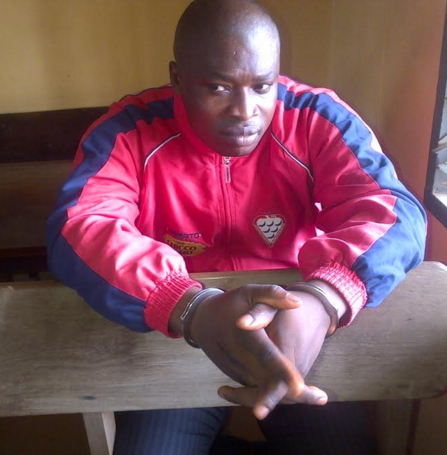 Pictured above is Mr Ibitoye Babatunde, a wealthy Ekiti-based socialite and the founder of  God Is Great Nursery and Primary School in Ado Ekiti.

He was sentenced to 10 years imprisonment today for raping an innocent 10-year-old girl attending his school.

In a court sitting at an Ado Ekiti High Court today, Justice Mosun Abodunde called the convict a pathological liar, randy, shameless adult who is a danger to girl-child around him, including his own female children.

According to the State Counsel Miss Oluseyi Ojo, the suspect sexually assaulted the victim severally until he raped her in the school premises on the 10th of June, 2013.

Miss Ojo called 4 witnesses to prove her case, among them the victim, her step mother and a medical doctor.

The innocent girl and her sibling have stopped attending the convict’s school.