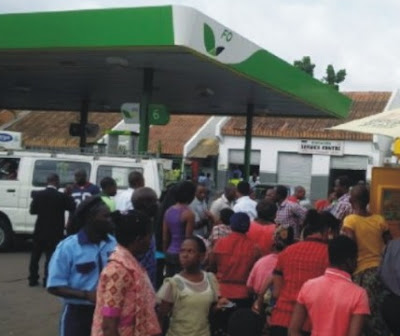 The young boy simply identified as Dijo was accused of hawking fuel at a filling station in Festac Lagos yesterday but while he was pleading with some NSCDC officials at the station, a female officer opened fire on him and fled the scene with his colleagues.

A source said at a point Dijo challenged the officials for allegedly destroying jerrycans filled with fuel and for daring to correct them, the official shot him at point blank.

Rather than rush Dijo to the nearest hospital, some petrol hawkers at the station attempted a futile attack on the NSCDC personnel.

Policemen from Festac were later brought in to restore order to the place. 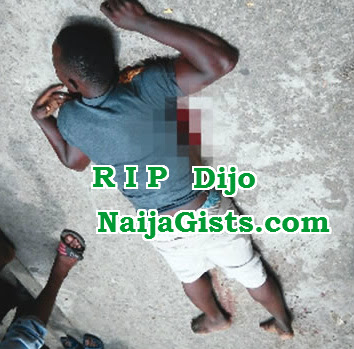 Photo of the victim