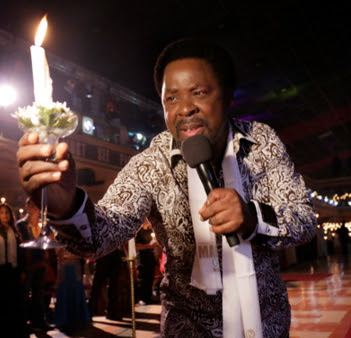 A middle age man identified as Felix Ifeanyi has been burnt to death after fire gutted his room at a popular hotel in Ikotun area of Lagos on Tuesday.

The incident which happened around 11pm at High Climax Hotel killed Mr Ifeanyi, a worshipper at TB Joshua’s church.

The miracle seeker had been bedridden for months and after all cure at different hospitals in the country failed, he resorted to spiritual healing.

In desperate search for a cure, he came for spiritual healing at the aforementioned church.

Worried by the large number of local and international worshippers who usually throng the church for healing, the family decided to secure a room at the hotel located a few metres away from the church headquarters last Thursday.

Other lodgers at High Climax Hotel didn’t know about the incident until late Ifeanyi’s 5-year-old son ran out calling for help. 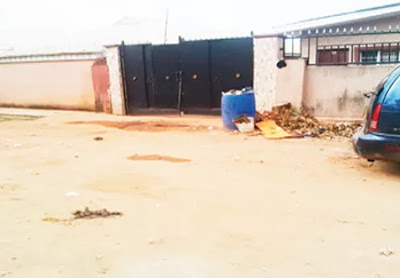 The entrance of the hotel

Efforts to put out the fire failed as they were unable to source water.

The body of the deceased has been taken to Isolo General Hospital.