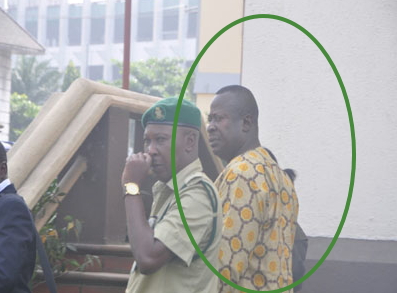 Check out this rare photo of a violent Lagos Divisional Police Officer, Segun Fabunmi attached to Pen Cinema Station in Agege before he was dismissed in 2012.

He reportedly shot a protester dead during the 2012 fuel subsidy protest in Lagos.

All his efforts to escape justice failed as the family of the deceased youth Ademola Aderinto pressed former Lagos State Governor, Babatunde Raji Fashola for justice.

He was sentenced to 10 years behind bar yesterday for manslaughter.

This will serve as a lesson to other trigger happy police officers.