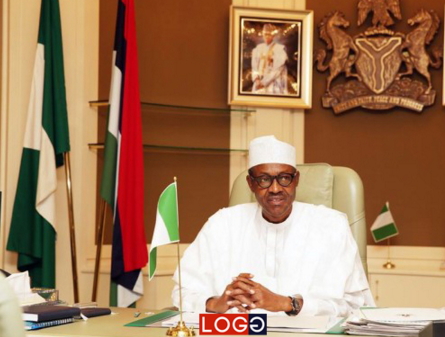 5 criminals who allegedly impersonated Salisu Buhari, the 1st son of PMB to dupe a Petrochemical firm in Eleme Rivers State have been arrested.

The five suspects identified as Mohammed Salisu, Yahaya Lawal, Maxwell Atago, Ado Garba and Uche Onu were remanded in prison custody after they were arraigned.

They are facing a six-count charge of advanced fee fraud, forgery and impersonation. The accused persons were alleged to have committed felony with the intention to defraud Indoroma Eleme Petrochemical Company in Port Harcourt but they ran out of luck when they were apprehended by operatives of the Department of State Service, DSS.

DSS also accused the five men of creating a letter head paper with the seal of the Presidency.
The presiding Chief magistrate, B.M.F. Jamabo, after taking the plea of the suspects refused them bail and ordered that they be remanded in prison custody and that the matter be referred to the Director of Public Prosecution.

Continue Reading
You may also like...
Related Topics:Buhari, forged, signature