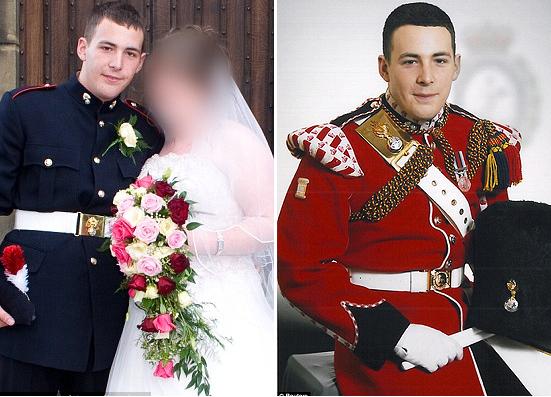 May 25, 2013 – Picture Of Lee Rigby, British Soldier Murdered By 2 Muslim Extremists In London

The identity of the innocent British Soldier murdered by 2 Muslim extremists in the UK has been revealed.

The deceased is a 25-year-old Briton who lives in Middleton, Manchester, UK.

He recently returned from Afghanistan after a service with the Royal Regiment of Fusiliers.

He was knocked down to the pavement by the Islamists before he was beheaded in the broad daylight.

His killers have been identified as two Nigerian guys who recently converted to Islam.

He is survived by a wife and a 2-year-old baby boy.