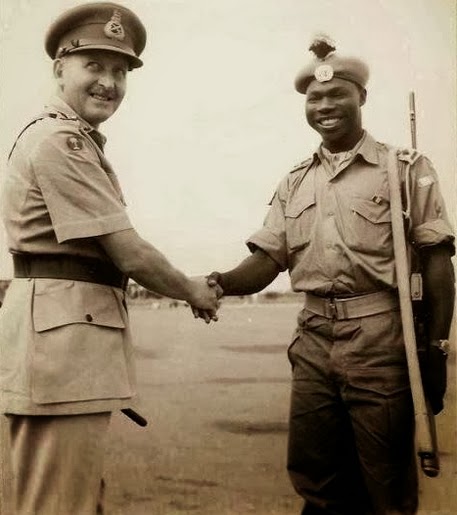 This is young Olusegun Obasanjo back in 1961. In the above picture, he was being congratulated for completing his tour of duty in Congo.

Before travelling to Congo, OBJ had finished the Short Service Commission course (a six months program) at the Mons Officer Cadet School in Aldershot, England.

He initially trained at the Regular Officers Special Training School in Teshie Ghana before he was selected for the SSC course in England.

Obasanjo joined the Nigerian Army in 1958 at age 21. He later became the Military Head of States after the murder of Gen. Murtala Ramat Muhammed in February 1976.