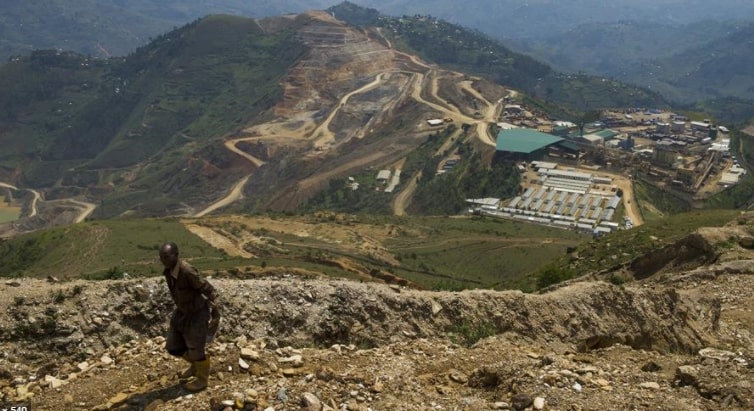 DR Congo: A Sad Tale of Suffering in The Midst of Plenty…

I saw a video today, of some Congolese who discovered a mountain full of gold in their region, and the villagers quickly swarmed in on the mountain, digging away with their hands and any other instrument they could find. Whether or not the video is authentic I cannot tell, but what I am sure of is the living hell that life in DR of Congo has become today. And this suffering is not due to a fault of theirs, but purely what God has blessed them with.

The story of the Democratic Republic of Congo, one of the largest and richest countries in Africa is one of suffering in midst of plenty.

For years, powerful western nations plundered that nation, and now, since 1996, over 6 million Congolese have died in the most inhuman conditions and for what? Just so most of these Western countries and their people can benefit from the resources of that nation.

Congo is extremely rich in gold, diamond, copper, cobalt, tin, uranium, coltan and so many other precious mineral resources. 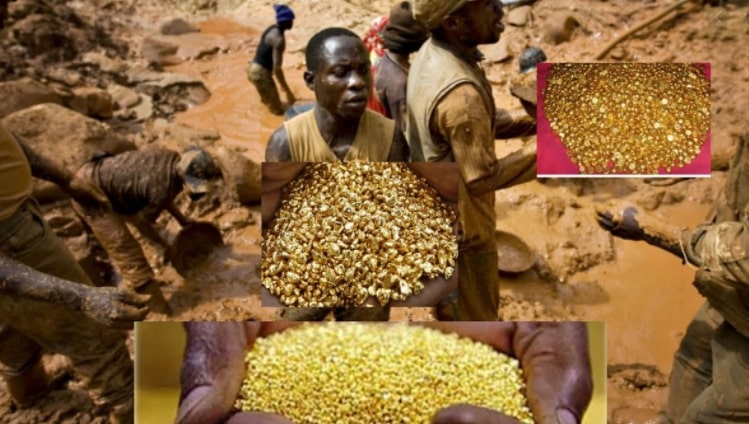 In fact, 65% of the earth’s total coltan deposit are found in Congo, and coltan is very important in the manufacture of modern electronics like mobile phones, iPads, computers, laptops, play stations, jet engine, x boxes just to name a few. Anywhere on earth you see a laptop or mobile phone including the one with which you are reading this write-up now, has an imprint of Congo in it. By right, Congo is supposed to be one of the richest countries in Africa, but no, it is not. Instead, it is plagued with an unending war, misery and poverty.

Apart from the biting poverty, there are over 3 million Christian denominations, not church branches this time, but denominations, in Congo. With the Child Rights and Rehabilitation Network CRARN, an NGO dedicated to rescuing kids accused of witchcraft in Akwa Ibom and southern Nigeria, I have worked to rescue a number of kids, but I was shocked to find out that in Congo, the number of kids that have been condemned as witches over the years, is uncountable, and many of these kids who escape torture and death, are banished to the harsh life in the gold mining pits of the that country.

In 1946, the western world passed the Strategic Mineral Stockpiling Act with the aim of obtaining and stockpiling cobalt. With the largest deposit of cobalt on planet earth, Congo became a target since cobalt is a “strategic and critical” mineral resource essential in the American aerospace, military and defense industries.

Even neighboring countries like Rwanda and Uganda, countries that western countries like USA and UK continue to empty financial aid into, have in turn, not stopped the pillage and plunder of Congo on behalf of what many analysts have insisted is their western godfathers.

In countless studies, the United Nation have indicted countless western multinational companies in their exploration of the resources of Congo like coltan, and in some of those studies, they have even called those companies the “engine of the conflict” in the over 30 years’ war in that country.

And since then, Congolese men, women and children have been tortured, raped, starved and even killed just to keep that war going, keep the attention away from the resource exploitation, so the west can continue to have access to the resources. The same UN studies have cited cases of genocide against the Congolese people by Rwandan and Ugandan forces, and yet nothing have been done.

Guess what, the western media will not cover what is going on in Congo, and even when they mistakenly do, they will make sure the focus is on the atrocities and crimes being perpetrated by rebel groups, but they won’t tell you it is the same West and their multinational companies that fund, arm and train these rebel groups.

Revolutionary leaders like Laurent-Desire Kabila who rose up to speak against these crimes and ask for a change, have either been demonized with western press or killed by western powers and their local proxies. Late Kabila was president of Congo but was assassinated. Just pause for a moment and ask yourself why all across Africa, throughout the time we began to attain independence, why young revolutionary voices that have arisen in their various countries, men like Tom Mboya, Amilcar Cabral, Patrice Lumumba, Thomas Sankara, Steve Biko, Gadaffi just to mention a few, have been brutally assassinated?

And Nigeria, a country that is supposed to be the hope of the black world, that should rise as a big brother in defense of black Africa, is bogged down with the most backward government and leaders anywhere in the world. And to make matters worse, we are still here debating cattle ranching and large scale kidnapping of school kids by terrorists in the 21st century.

Then those of our citizens who should know better, every now and then, ignore these sad events of our country and our brothers and jump on isolated news of the achievements of one or two Nigerians or Africans, like the current DG of the WTO, to celebrate them as if that would somehow change the behaviour of the West towards us and somehow halt the continued deteriorating situation of the mother continent.

It is almost as if the approval and acceptance of the West, of some African academics or Nigerian technocrats in now a yardstick to measure our progress while neglecting to develop our home land and call for an end to all these unbearable injustices. One Okonjo Iweala would be appointment somewhere you will see the internet going viral, meanwhile fellow citizens are dying of hunger and preventable injustices.

Is it not time for us to wake up?

About the author: Albert Afeso Akanbi is a writer, documentary filmmaker and humanitarian. He writes from Abuja, FCT, Nigeria.
Connect on:

Continue Reading
You may also like...
Related Topics:congo, congolese, gold, location, mine, mountain

Of Private Jets And The Gospel Of Jesus Christ
Reflections On Some Old Testament Stories!