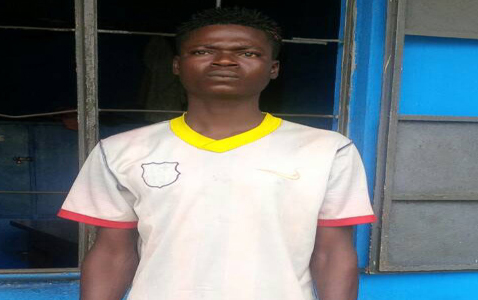 A serial rapist accused of raping six girls in Ilasamaja area of Isolo LCDA of Lagos has been arrested.

28-year-old Emeka Kingsley who resides at Osoyintola Street in Ilasamaja was picked up over the weekend after the elder sister of a girl he lured to the toilet with biscuit caught him penetrating the minor.

Though his family later offered policemen at Ilasamaja Police Station bribe to settle the case, they were immediately rebuffed and warned.

After obtaining a medical confirmation that the hymen of the minor had been broken, police moved the file case and suspect to the Gender Unit of Lagos Police Command Headquarters in Ikeja.

Here is what a resident of Osoyintola Street said about the indecent act: 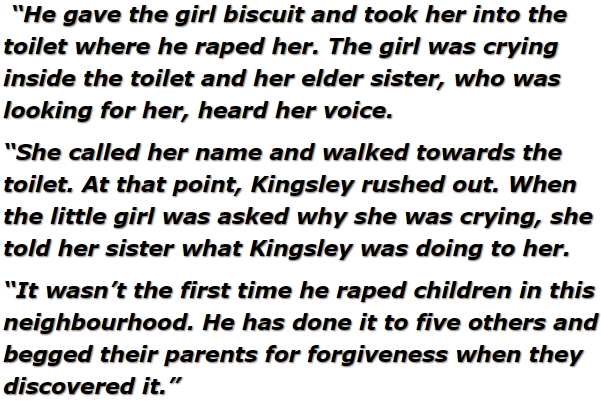