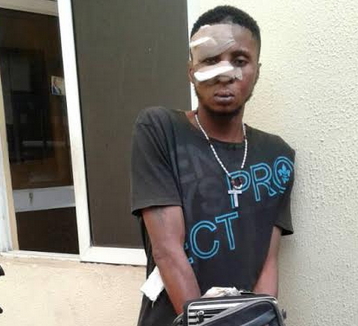 Rapid Response Squad operatives of the Lagos State Police Command yesterday recovered an AK 47 rifle from three young men in Apapa Area of Lagos State just as it arrested a 23 – year old bag snatcher on Friday in Alagba during a botch operation.

The operatives, who were on routine patrol of Apapa sighted three young men at around 11:00 p.m on Friday carrying a bag.

The officers accosted the men but the suspects on sighting officers dropped the bag and fled the scene. A check on the content of the bag revealed an AK – 47. No ammunition was found in the bag.

Meanwhile, the suspected okada robber, Ayobami Adedeji was chased by the operatives on routine patrol of Kola Bus Stop, in Alagbado Area of Lagos, after snatching a hand bag around 10:00 p.m.

Adedeji, in company of an accomplice, who he referred to as Aboki, had on Monday night, operating with a motor cycle, snatched the hand bag of one Kudirat Oyebade at Kola Bus Stop.

The operatives who were close to the scene of the incident chased the motorcycle into the inner streets. One of the suspects was however arrested while the rider escaped abandoning his motor cycle. 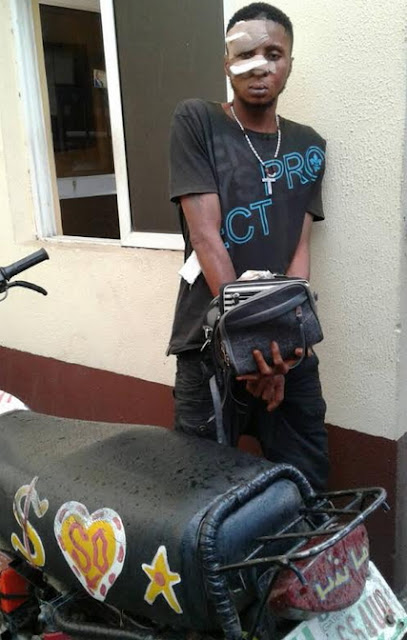 Adedeji, who snatched the bag stated “I was a bus conductor. I went to Kotangoa market on Monday to meet Aboki about how to raise money for ourselves.

We have been together for a long time. At around 2:00 p.m on Monday, we perfected the plan to operate together on Lagos Abeokuta Expressway but our focus were Adura and Council Bus Stops around Agbado areas of Lagos State. Our priorities were handbags and purses.”

“We had snatched two bags and my colleague was keeping the money before our last botched operation. This was our first time,” he stated.

“Unfortunately for me, I didn’t know RRS operatives were monitoring us. I snatched the bag and they chased us into the streets. My colleague escaped after abandoning his okada and I was arrested”, he added.