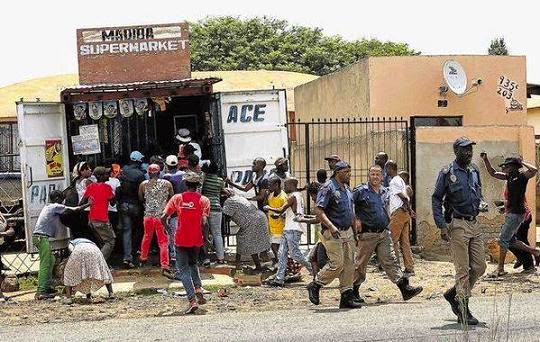 Check out some police officers walking away as some South African citizens loot a kiosk owned by a foreigner who must have run for his/her dear life following the brutal xenophobic attacks carried out by the locals.

These police officers are supposed to be in charge of protecting properties and lives of foreigners but they’re doing the opposite.

The shameless South African looters didn’t even respect the name on the kiosk… abi dey no know the meaning of Madiba again??? It is very sad.