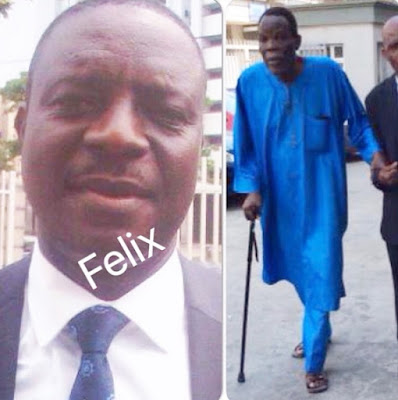 The former Pastor in charge of Fullers Field parish of the Redeemed Christian Church of God in Ajah area of Lagos has been remanded in Ikoyi Prison for his involvement in a 100 million naira land fraud that rocked the Lekki Resettlement Schemes in Eti Osa LGA of Lagos.

Pastor Felix Olu Fadare was arrested at his hideout in Ilara Mokin Ondo state by the Special Fraud unit of the Lagos State Police Command after a complainant, Kehinde Ola reported him.

According to police report, Pastor Fadare allegedly conspired with one Adeola Ajidahun to defraud Kehinde Ola of N30million under the false pretence of selling him plots of land.

Unknown to Ola, the land sold to him belonged to another family in the area.

The suspect was arraigned today and granted bail of N5million with 2 sureties in like sum.

He was remanded in prison custody for his inability to fulfill his bail conditions.

His case will come up for hearing on February 3rd 2016.