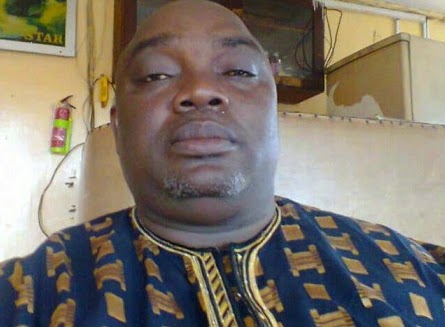 A popular Benin-based spare parts dealer, Mr Aimufua has been arrested by Edo State Police Command for his involvement in the murder of his ex-girlfriend, Rose Aifuwa who came to Nigeria from Austria for Christmas and New Year holiday.

The deceased met her death on Christmas eve in the hand of the suspect when she went to demand for money he allegedly owed her.

Mr Aimufua who lived at Upper Mission Road area of Aduwawa in Ikpoba Okha LGA of Edo State reportedly murdered her after a heated argument over the money he owe her.

In a bid to escape arrest, the suspect allegedly reported a murder case to  the Ikpoba Hill Police station claiming that the deceased fell from a moving bus. He was immediately arrested

Hear what area residents said about the murder of Rose Aifuwa:

“I didn’t open my shop on that day because it was Christmas day. But when I came out that morning, I saw people shouting. So, I quickly rushed to the spot where I saw a dead woman with deeps cuts everywhere. “‎The woman looked like someone who was not living in Nigeria.‎ I thought she was a victim of ritualists but I heard people saying that she was killed by her boyfriend who tied her to his bus and dragged her from her house in Lucky Way to the junction.
“I really felt bad because she had a hole in her back and her intestines came out because of how she was dragged and I could not even looked at the face of her brother who came to buy something this morning (Saturday) because he was very angry”.

“I think the police should not believe that because there were cuts in her body as if she was butchered. It is evil for someone to kill another who came back home to ‎celebrate the Christmas with her family,”.

Nobody deserve to die this way. The deceased is a mother of four young children.

According to family sources, she’s scheduled to leave Nigeria on Monday January 5, 2015 for her base in Austria.

Very very sad! May her soul rest in peace.