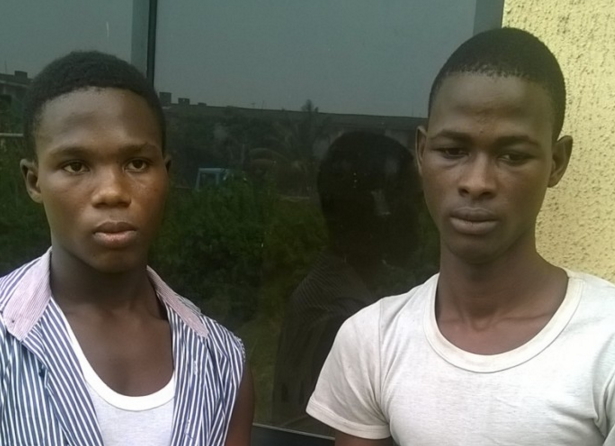 Meet Musa and Kiga, 2 security guards employed to look after a property at Thomas estate in Ajah Lagos.

The 2 suspects and another man who is now at large committed the offence on the 5th of November 2015.

A source close to the victim said

“They had a disagreement and the landlord banned them from bringing the motorcycle into the compound.

“That angered them and on November 5, 2015, while everybody was asleep, they set the car on fire. In the end, three cars were burnt and the house was equally affected. It took the intervention of firefighters from the Lagos State Fire Service to put the fire out.”