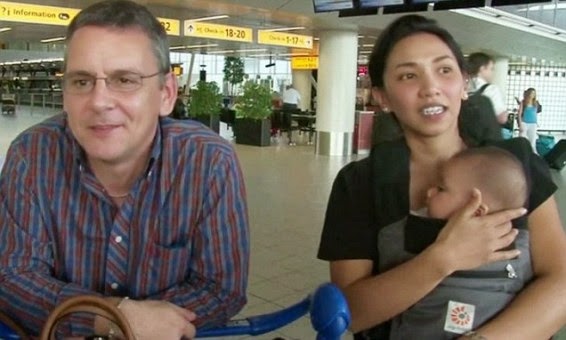 July 18, 2014 – See The Family That Missed The Malaysian Flight Shot Down By Rebel Forces In Ukraine

Meet Barry & his wife Izzy Sim who escaped death after airline staff in Amsterdam told them the plane was too full.

They were later given seats on a KLM flight 2 hours before the Malaysian airplane was shot down by rebels.

“You get this sick feeling in the pit of your stomach… We started getting butterflies. Your heartbeat starts going.’

His wife, Izzy, ‘There must have been someone watching over us and saying “you must not get on that flight”.

Hmmm what a lucky escape.

This got me thinking….. Life is indeed a privilege.

May the souls of those victims rest in peace.