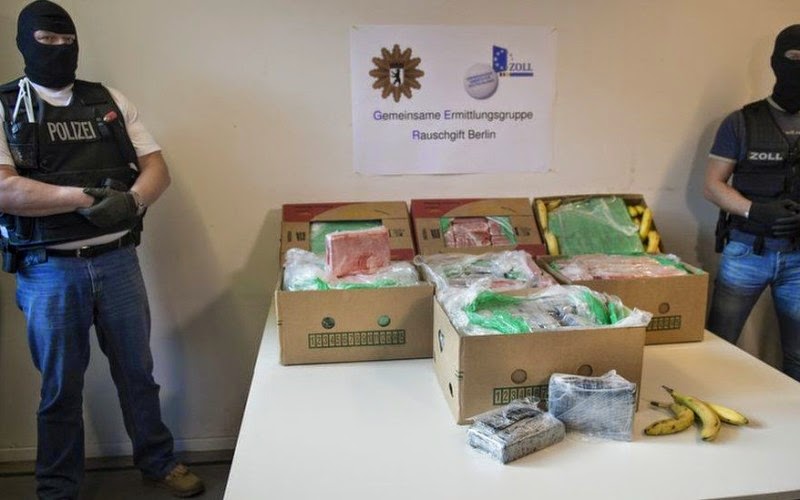 May 5, 2015 – Pictures: £11m Worth Cocaine Accidentally Shipped To 13 Supermarkets In Berlin Germany In Boxes Of Bananas

Cocaine drugs worth more than 11 million pounds ended up being shipped in boxes of bananas to 13 Aldi supermarkets in Berlin, the capital city of Germany.

According to police report, the drug got there by a logistical mistake after arriving at the Port of Hamburg 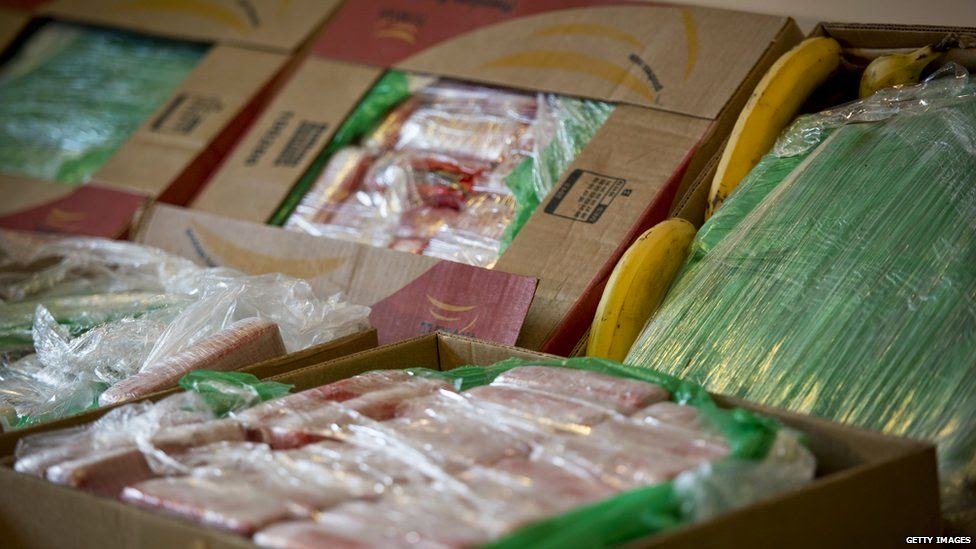 Back in January over £5m of cocaine turned up in the same place.