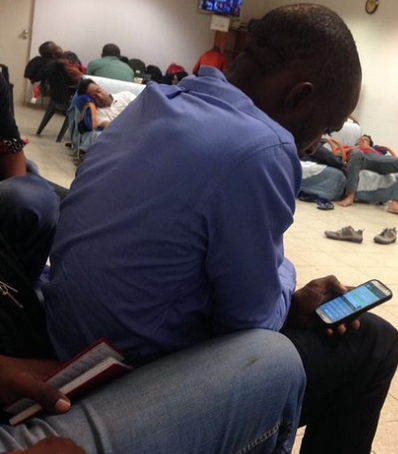 Sent to Turkey for university education by parents who wanted the best for them, two young Nigerians recall the horror of being bundled into Silivri Maximum Security Prison where they joined Turkish military personnel, civil servants, professionals and other suspects detained over alleged involvement in Turkey’s July 15 military coup.

They are among scores of Nigerian students who came home without being allowed to collect their graduation certificates, academic transcripts, electronics and other items which the Turkish authorities said they would return only after the completion of investigation early next year. They spoke with Assistant Editor, JIDE BABALOLA, in Abuja.

It was almost four months since Mohammed Abdullahi and Hassan Danjuma Adamu were detained by security agencies in Turkey in the wake of a military coup that rattled the country in July this year, but they still appeared somewhat dazed by the experience. The two Nigerian students were picked up from their hostels and detained for three months in Turkey’s maximum prison over their alleged involvement in the aborted military coup of July 15, 2016. 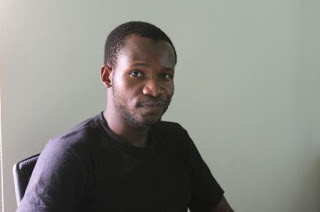 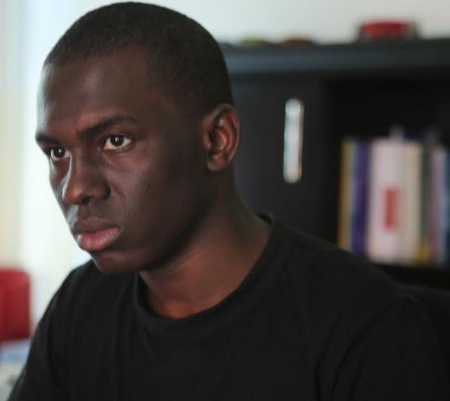 Although they are happy to be home, the two young men, who grew up in homes where moral and religious instructions predominate, are still enmeshed in confusion. They had travelled to far away Turkey dreaming to complete their education, after which they will undergo the compulsory one-year national youth service and begin earning a decent living and making their families proud. On the contrary, however, they found themselves in handcuffs, dumped at Silivri Maximum Security Prison.

Mohammed Abdullahi, who studied Mathematics and Computer Science at Bahçeşehir University in Istanbul, Turkey told The Nation his story when asked to explain how he got ‘involved’ with the July coup.

He said: “I was sleeping soundly in my hostel when the constant noise of helicopter propeller in the sky woke me up. I did not even have the faintest idea that something like a coup was going on in the city. I only got to know about it from the updates that some friends were adding on Facebook.

“Later, on July 28, the person that sweeps the apartment that we were living in reported to the police that the building belongs to the Jamaat (linked to the Hizmet movement, followers of Gülen’s doctrines) which was branded as an armed terrorist group by the police. So, the police came and took us to the police station, we were interrogated but there was nothing found on us.

“The next day, they took us directly to the court, and from court, they took us to prison straightaway. We were in the Maximum Security Prison for three months and were not allowed to see anyone except for those of us who had family members around. It was after one and a half months that someone came from the Nigerian Embassy. He talked to us and assured us that they were working on our issue and Alhamdulillah, we are out now.

“We were detained with soldiers and other civilians who were also accused (of involvement in the coup), and there were people with different cases. In our own case, the allegation was that we were members of an armed terrorist group,” he stated.

The Nation learnt that the ‘crime’ of the students, which turned them into ‘suspects’ for the Turkish authorities was probably that of living in a hostel that belonged to the Hizmet movement, which is now labelled an “armed terrorist group” in spite of its dependence on intellectual debates, humanitarian activities, quality education and inter-religious dialogue to galvanize people.

“Thus, we were ‘suspects’. Right now, our computers, phones and our electronics are with them. They said we should wait till January 10 when the emergency situation will be over, and then they will send them to us.

“In the prison, they normally brought lunch and dinner, and there was hot water for some hours in the day time. There was a canteen, and we wrote if we wanted to buy something from the canteen. They would bring the list and the price tags for you.

“I was lucky I had some money, so we were able to survive on that throughout our stay there.

“Officials at the Nigerian Embassy in Turkey tried their best and even our friends outside too, even though I do not know what exactly each person did to draw attention to our plight. You can’t imagine how happy we were when a Nigerian embassy official came. Before then, for two good months, my friend and I were only seeing and interacting with the Turkish ‘suspects’,”

Recalling his own experience, Hassan Adamu said: “We were there for three months but were allowed to call our families just once. It was really difficult because I had never imagined myself in prison. I am a student. My father sent me to Turkey to study and then this happened.

“On the 15th of July, that was when it happened. I was actually going to play football because my friend invited me. I went to my hostel to dress up and go to the field but suddenly realised that I forgot my glasses and the house key in school,” he said as he explained the genesis of his troubles.

Having grown up in a home where much premium is placed on good behaviour, diminutive Adamu, who can be easily mistaken for a secondary school student, still feels some nightmares and psychological trauma.

Although he was only waiting to collect his graduation certificate and study transcripts after completing his bachelor’s degree in Computer Studies at Bahçeşehir University in Istanbul, Yobe State-born Hassan Adamu was arrested by the Turkish police on July 28.

“It is true that I was really scared and we were in a police cell for 14 days before we were taken to a stinking prison with no proper ventilation, where we met several Turkish soldiers and other professionals accused of involvement in the coup,” he said.

Although there was not even a tiny shred of evidence to implicate Hassan and Mohammed, those who arrested them found no need to give any specific explanation to justify the broad accusation levelled against the Nigerian students.

Briskly, they were made to pass through the rounds at the court and then taken in handcuffs like every other suspect to Silivri Maximum Security Prison.