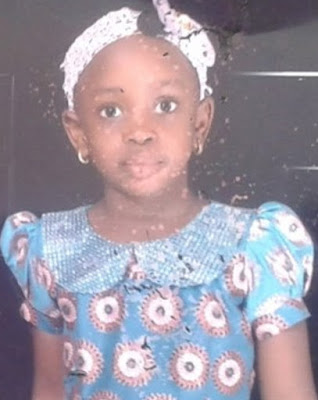 A 4-year-old girl identified as Aisosa Ogbeide has been shot dead by robbers who attacked her parents’ residence at 19, Enadeghe Street, Off Ugbowo-Lagos Road in Edo State.

The deceased’s father, Dr. Kingsley Ogbeide, a lecturer in Engineering department at the University of Benin (UNIBEN), said his two children between the ages of six and two sustained bullet wounds during the attack.

Dr. Ogbeide told journalists that the gunmen scaled the fence of his building and broke into his apartment at about 4:00 a.m. on November 19.

The lecturer said he opened the slide on one of the windows in the sitting room for fresh air to come into the building when somebody flashed a torch on him, followed by a voice that ordered him to open the door.

He said, “We started scampering for safety and raised alarm to nearby neighbours. The children woke up, we all ran to the lobby, within two minutes they broken the protector and were inside the house.

“When they entered they started asking where is the money where is the gold. I said we don’t have money or gold. Truthfully I was only having N500 in my wallet. My wife had no money. We are just civil servants. We told them that there are laptops, and they took the laptops and phones.

“Being that the lobby door was a bit closed, one of them suddenly shot through the door and the bullet hit one of my daughters, a four and a half years old daughter who died on the spot while the other two children sustained some injuries. “