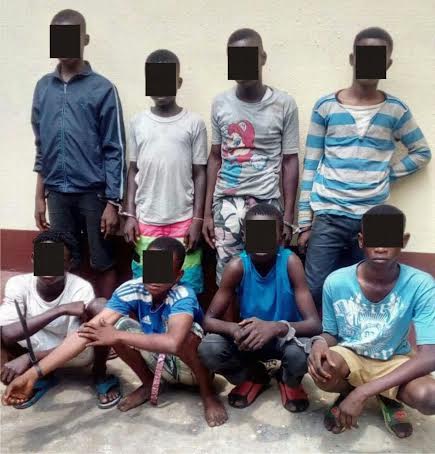 The operatives of the Rapid Response Squad (RRS) of Lagos State Police Command have arrested 22 teenagers for robbery, stealing and cultism.

The 22 teenagers, among whom are four female, were arrested for allegedly involved in separate incidences of robbery, stealing and cultism around Agege area of Lagos, Southwest Nigeria.

The two leaders of the first gang, which consist of eight members, Babatunde, 15 and Tayo, 15, were arrested on last Thursday, at about 11:30 p.m. in Mulero, Agege for assaulting and robbing one Aladegbo Abidemi with an axe, and snatching her Blackberry Z10. 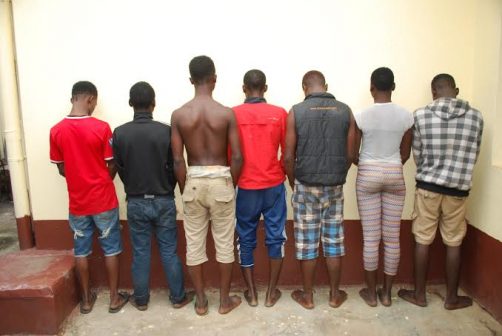 According to their victim, Abidemi, 26, “I was coming from work when I decided to pass through Mulero to link the closest bus stop around 10:00 p.m. I sensed my phone ringing and I picked it. Just few seconds while on the call, I noticed some young boys about 12 swarming like bees towards me.

“I ran but I fell down. They rough-handled me, threatened me with an axe and took my phone. They retreated and abandoned me inside the gutter. A couple of minutes after standing up, I saw RRS patrol vehicle. I reported the incident and showed them the direction they went. They gave them hot chase, and arrested them with my phone.” 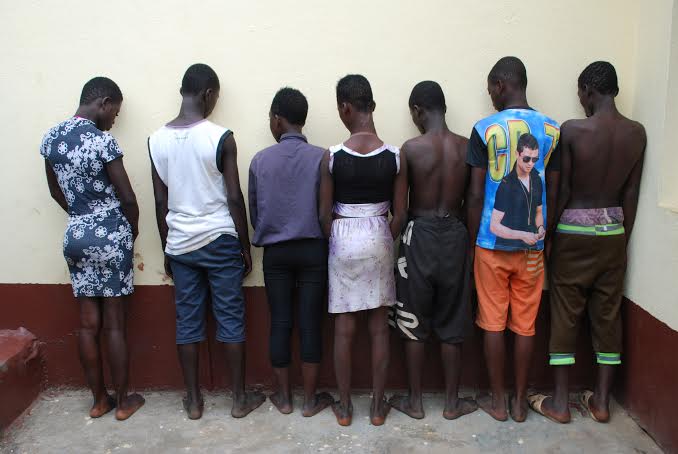 The second gang, consisting of 10 male and four female were picked-up at Abattoir on Monday at about 2:35 am, after three of them had earlier been arrested at the Computer Village, Ikeja, for stealing mobile phones.

It was gathered that the trio, Sulaimon, 13; Godwin, 19 and Sunkanmi, 15, entered a phone stall and pretended they wanted to buy a phone.

They walked out again after inspecting the phone only for the stall owner to realise that two phones were missing. They were however caught on their way going.

It was learnt that during interrogation at the RRS’ headquarters, three of them owned up to be members of Eiye Confraternity.

Other members of the gang who are female included: Olamide, 19; Agnes, 14; Ayo, 15 and Ope, 16.
All the suspects have been transferred to the State Police Command, Ikeja, for further investigations.