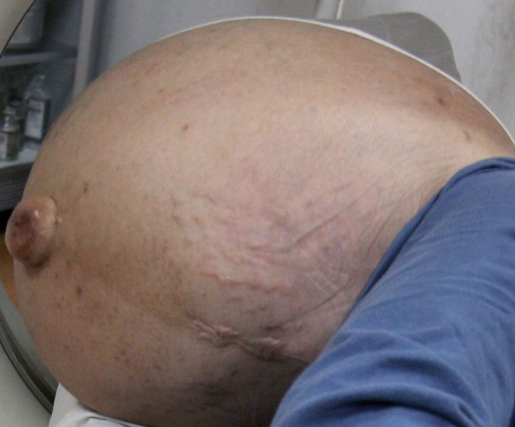 A 3-hour operation has brought relief to a 22-year-old Chinese man identified as Zhou Hai.

The patient is battling an hereditary disease called Hirschsprung’s disease.

At a very tender age, his abdomen began to swell until he looked like a full-term pregnant woman.

When he had difficulty breathing, he checked into hospital where doctors diagnosed him with the disease.

The patient who relied on laxatives hasn’t had the opportunity to poop properly since 1997.

He recently did an operation at the 10th People’s Hospital in Shanghai, China.

The operation was carried out by Doctor Yin Lu and his team at the aforementioned hospital.

The surgeons successfully removed an accumulated mass of faeces that weights 28 pounds from his colon. 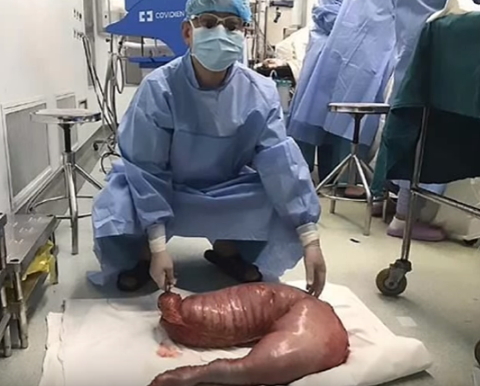 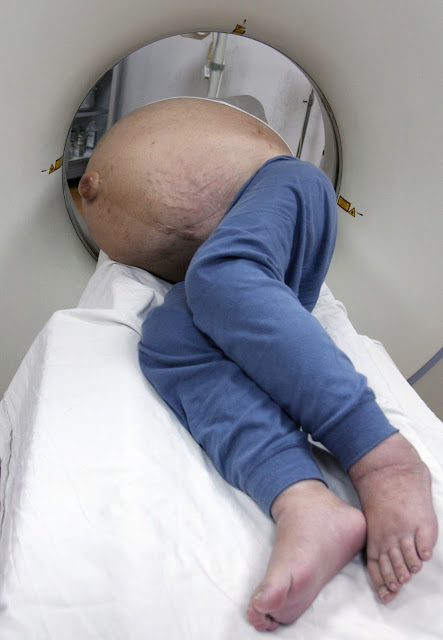 Rapper Eva Alordiah Wishes I Propose To Her On Stage – Ex-Fiance Caesar Speaks On Breakup
Sokoto Spends N91Million On 90 Islamic Clerics, Imams Sent To Mecca To Pray For Buhari’s Healing