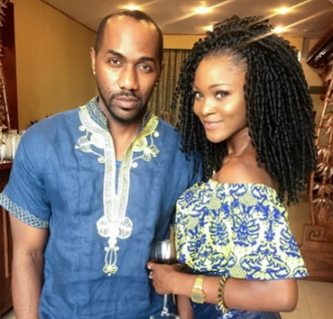 June 13, 2017 – Rapper Eva Alordiah Wishes I Propose To Her While Performing On Stage – Ex-Fiance Caesar Speaks On Breakup

The former fiance of rapper Eva Alordiah has finally opened up on why the two parted ways after 15 months of engagement.

In this interview with Wazobia TV, Caesar revealed reason why the two decided to cut short their courtship of over one year.

Caesar said Eva wished he proposed to her while performing on stage.

He added that the two decided to cut off their relationship because of personal issues.

Hear him in the video below: