3 British girls forcefully married to ISIS Jihadists in Syria has fled from their husbands.

The teenagers believed to be about 16 feared to be London classmates who fled to Syria in February to join ISIS are said to have fled from their terrorist husbands. 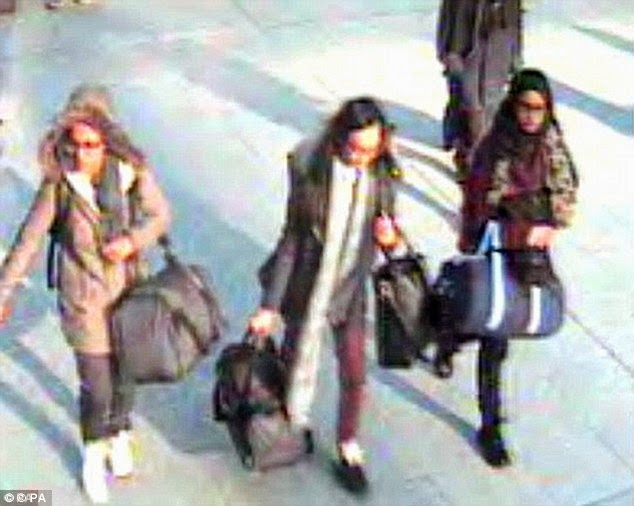 An anonymous anti-ISIS blogger in Iran, founder of Mosul Eye said the girls fled on the 2nd of May to an unknown destination.

‘Three girls, (Foreigners – British) married to ISIL militants, reported missing, and ISIL announced to all its check points to search for them. It is believed that those girls have escaped,”The latest info I got on them is they are still on the run, but still in Mosul, and ISIL is thoroughly searching for them and hasn’t captured them yet.’They are Brits, not immigrants, and they are very young teens (around 16 years old). That’s all I have about them for now.’

The girls have been identified as Kadiza Sultana, Shamima Begum and Amira Abase, students of Bethnal Green Academy in east London.

They reportedly fled London to Turkey in February before they managed to cross into Syria with the help of their militant husbands.

It is believed they fled with another teenager, Aqsa Mahmood who travelled to Syria in December.