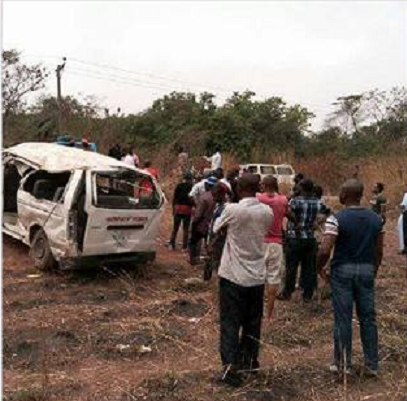 Less than two weeks afters 4 Reverend Sisters died in a fatal accident, another disaster has struck the Roman Catholic Diocese of Enugu.

Six trainee priests (Vincentian students) died in a tragic accident that happened on their way from Ikot Ekpene town in Akwa Ibom to Enugu State.

The 6 students reportedly died on the spot after their car somersaulted severally before landing in the bus. 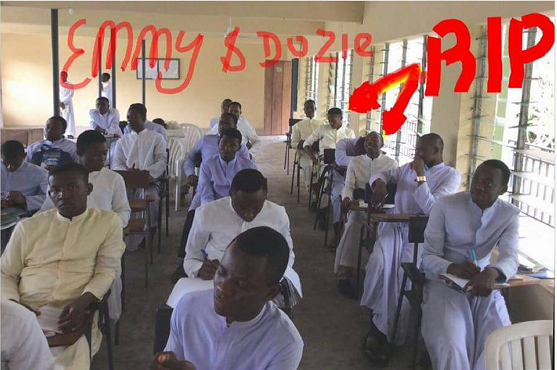 See graphic photos from the scene of the accident. VIEWERS DISCRETION IS STRONGLY 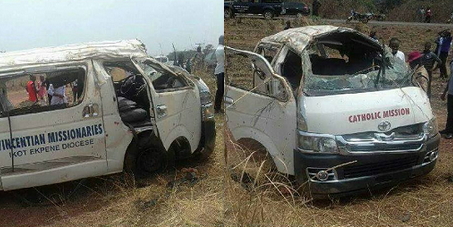 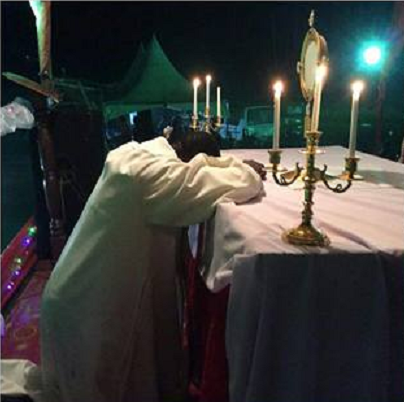 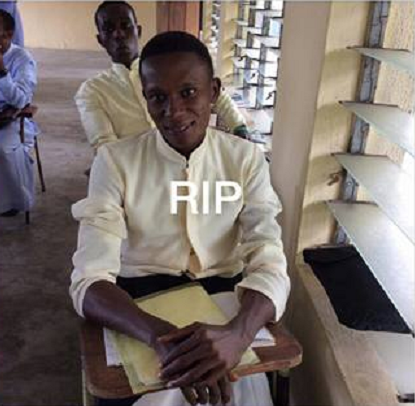 May their gentle souls rest in peace (amen).