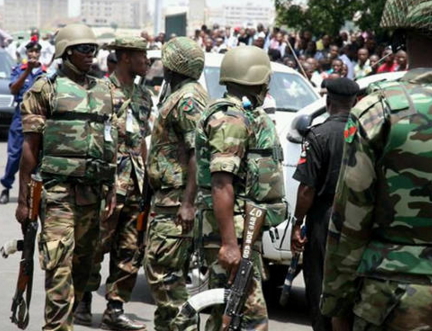 The Commander of the Guard Brigade, Brigadier General M.S. Yusuf has disclosed that five soldiers attached to the 176 Brigade Command of the Nigerian Army have been dismissed from service.

The soldiers according to the Brigade Commander were dismissed for extorting money from people.

“I want to inform you that five soldiers attached to the 176 Brigade Command in Gwagwalada Abuja, were dismissed recently for collecting money from members of the public.

“This has become necessary because we want the best from our soldiers, and this can only be achieved if we have good understanding with other citizens of Nigerians, as it would help in bridging the gap between us and the civilians.”

Brigadier Yusuf said the entitlements of all the soldiers on guard in the various formations in the country, are always paid upfront before they are deployed and based on this. We would not tolerate anyone of them collecting any gratification whatsoever from people. We do everything possible to make them conducive at their place of primary assignments,” he said.