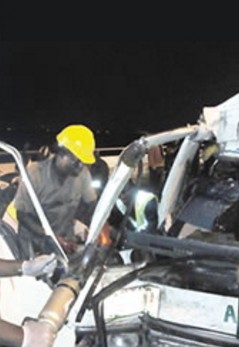 The accident which claimed 8 lives occurred on Third Mainland Bridge, inward Oworonshoki. Six persons were injured in the accident.

It involved a Mazda commercial bus with Reg. No. AKD 292 XL coming from Ajah-Lekki en-route Oshodi. The bus rammed into a stationary truck which broke down on the road at about 10.24 pm on Wednesday on 3rd Mainland bridge inward Oworonshoki. 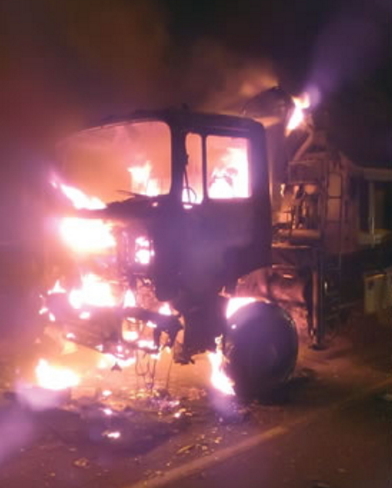 Investigation conducted by LASEMA’s Emergency Response Team at the scene revealed that the commercial bus hit the faulty truck while on top speed.

Eight victims, adult males, were trapped and removed from the vehicle dead by the Agency Emergency Response Team while six adult males were rescued alive with severe injuries and were taken to the Accident and Emergency Centre (Trauma Centre) and Gbagada General Hospital by the Lagos State Ambulance Service, LASAMBUS.

The dead bodies were also evacuated by the State Environmental Health Monitoring Unit, SEHMU to Mainland Hospital Mortuary, except the commercial bus driver whose body was released at the request of the family members and friends through the intervention of the Lagos State Commissioner of Police.