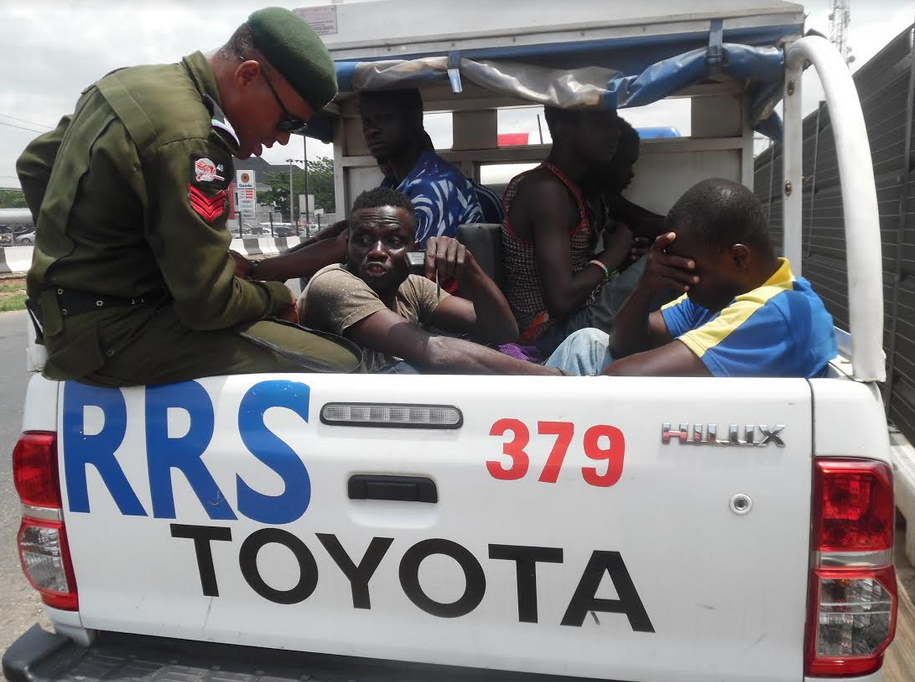 The operatives of Rapid Response Squad of the Lagos Police Command today arrested eight miscreants in Ojodu Berger for extorting motorists and ordering them to park on obstruction in return for fee.

The Governor of Lagos State, Mr. Akinwunmi Ambode had directed that RRS to clear up the traffic congestion in and out of Ojodu – Berger resulting from the activities of touts in the area. 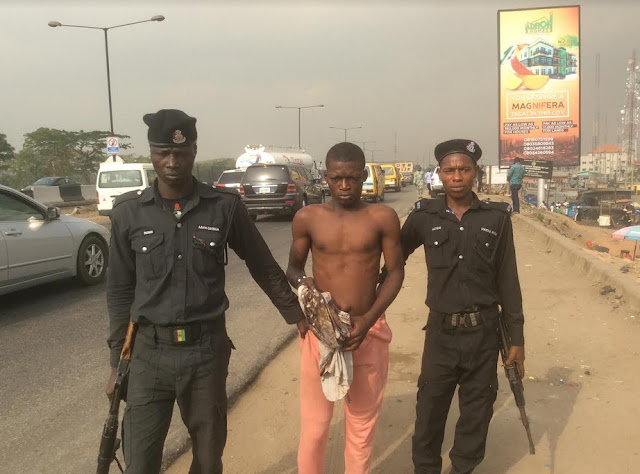 One of the passers-by who applauded the move, Barrister Yemi Ayo, commended the State Government for transforming Ojodu Berger. 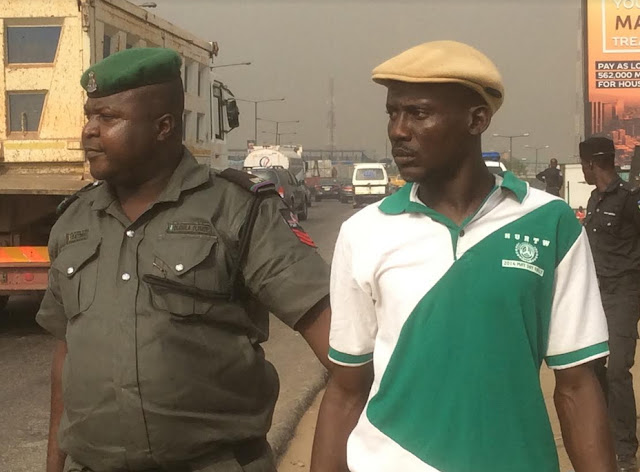 “Our main problem is our drivers. They would mess up the entire place”.

“Everywhere is free now. You can conveniently drive in and drive out. One can only hope that the kind of exercise you are doing here today can be more consistent”, he added.

The miscreants have been transferred to Lagos Taskforce Office in Oshodi for prosecution.

[Official Press Statement By The RSS]