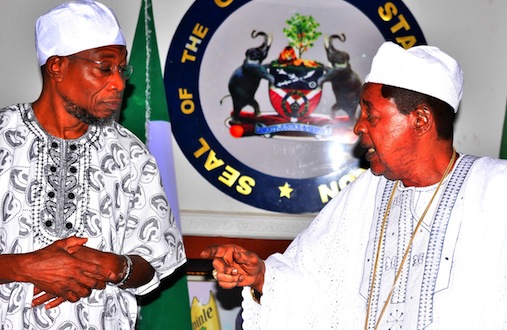 Oyo’s Royal Father, Oba Lamidi Adeyemi paid a courtesy visit to Osun Governor Aregbesola on Monday morning to condole with the people of Osun on the transition of Ooni of Ife, Oba Sijuwade.

Though it came a little late, the monarch told Aregbesola that he sees it as an important duty that must be performed before the end of the year. 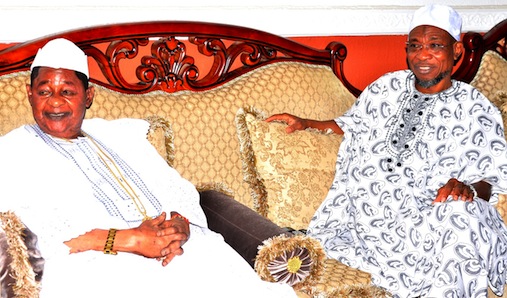 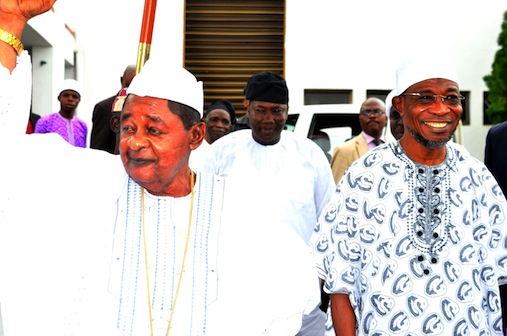 The late Ooni of Ife was not a good friend of Oba Lamidi Adeyemi. Their rivarly war started back in 2012 over an insensitive comment Sijuwade made on Oranmiyan.